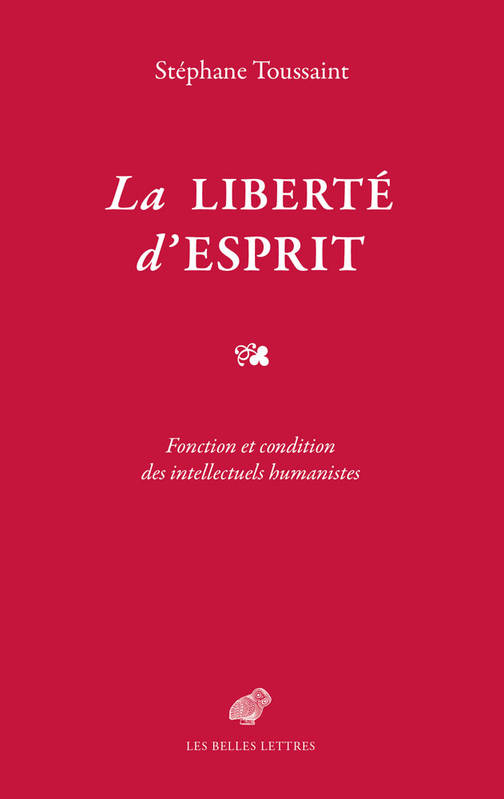 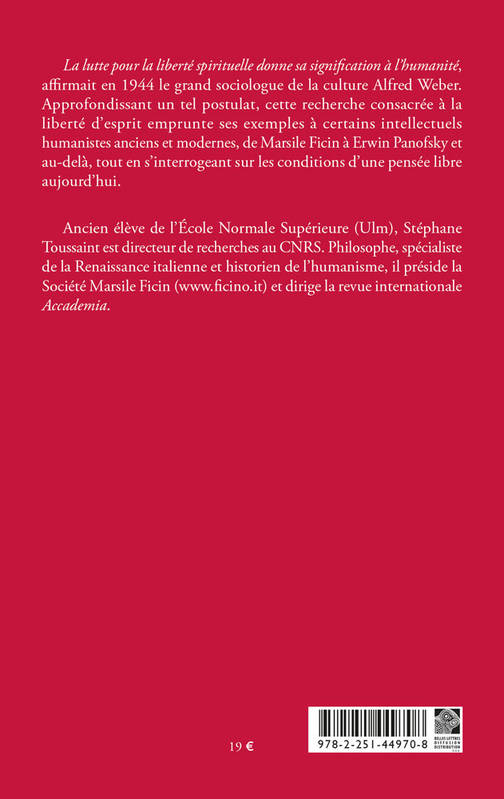 We often hear the words “humanism” and “freedom”—two terms linked by very deep practical, historic, and philosophical relationships. Obviously, values as essential as these to European culture have always had to be studied in order to be defended. According to the author, that is precisely the function of humanist intellectuals. Though this may account for their usefulness, far from constituting a new category, humanist intellectuals have existed ever since the era of Pico della Mirandola and Erasmus. A more suitable question would be: who are they now? They can be found among “brain workers”: researchers, professors, and scholars confronted by their condition as modern thinkers beleaguered by the economy. They are the ones most directly concerned by the inexorable metamorphosis of those institutions of learning—universities and others—that are supposed to guarantee freedom of thought. Ever since the latter crossed the threshold separating their humanist vocation from the reign of purely technical exchanges, they no longer put up any resistance to profitability in which an idea, even that of libertas, is merely worth its price as a commodity.
In this book, theory leads to practice. This research defines freedom of thought and speaks out on its behalf in the company of the great precursors of the Renaissance. Accompanying them, and often walking in their footsteps, are some of the most prestigious names in 20th-century humanism: Aby Warburg, Alfred Weber, Erwin Panofsky, Edgar Wind, Eugenio Garin and Ezio Raimondi. By immersing themselves in their ideas and pondering them, readers will regain their own freedom of thought.

Stéphane Toussaint is an Italianist, philosopher, and CNRS researcher at the Centre d’Études Supérieures de la Renaissance (Université de Tours). A graduate of École normale supérieure and former member of École Française de Rome, he also studied in Florence under Eugenio Garin and Cesare Vasoli. He has taught courses in the Italian Renaissance, his area of expertise, at Paris VIII and at La Sorbonne. His works include a monograph published by Les Belles Lettres that received the Prix de l’Académie Française Monseigneur Marcel: Humanismes / Antihumanisme de Ficin à Heidegger (2008). Since 1998, he has been directing the philosophy journal of the Renaissance, Accademia, and chairs the Société Marsile Ficin.