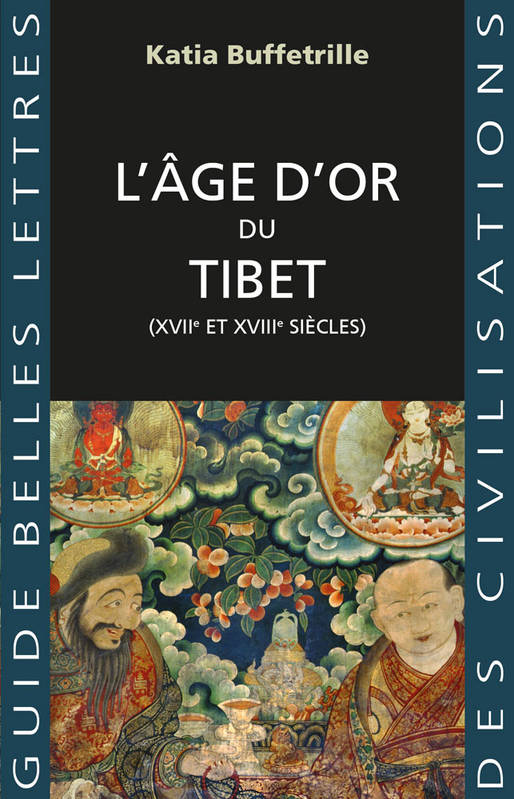 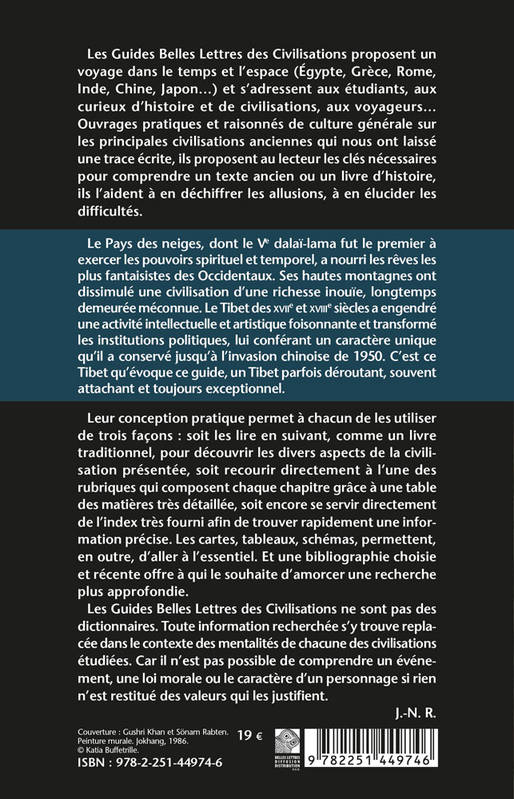 Tibet, a source of wonder for countless Westerners—the object of a whole mythology and fantasy still prevalent today—is gradually vanishing in the midst of the country’s political, economic and demographic colonization process engaged by Chinese authorities since their invasion in the 1950s. L’âge d’or du Tibet : XVIIe et XVIIIe siècles leads us into the very heart of this civilization.
This work, which focuses on a pivotal period in Tibet’s history that shaped the country up until the Chinese occupation, guides readers through the various aspects of Tibetan culture, allowing them to appreciate all of its bounty and complexity. Not only are history, geography, political and economic organization, and religion discussed, but the Tibetans’ daily lives, their arts, and their leisure activities as well: what this guide invites us to experience is the rebirth of an exceptional civilization.
The book relies on numerous Western and Tibetan language sources, and is enhanced not only by interesting anecdotes and ancient testimonies, but also by many drawings and photographs. Thanks to his long familiarity with Tibetan terrain, the author corrects the clichés and misconceptions that Tibet has given rise to beyond its borders—and sometimes still does. In particular, it shows how this people managed to build an original civilization on their own land, while reshaping, so as to better adopt them, what they borrowed from their giant neighbors, India and China.


Every year for the last thirty years, anthropologist and tibetologist Katia Buffetrille has been traveling to Tibet, where her research has focused on the Tibetans’ pilgrimages around the country’s sacred mountains. During her years of study at École pratique des Hautes études, she wrote and published numerous books and articles, notably Pèlerins, lamas et visionnaires (Wien), Le Tibet est-il chinois ? co-edited by Anne-Marie Blondeau (Albin Michel) and Revisiting Rituals in a changing Tibetan world (Brill).
S'identifier pour envoyer des commentaires.