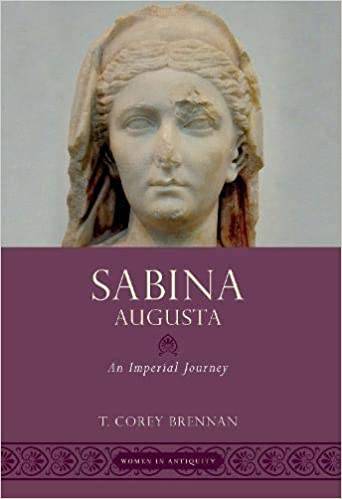 Non commercialisé sur notre site
Sabina Augusta (ca. 85-ca. 137), wife of the emperor Hadrian (reigned 117-38), accumulated more public honors in Rome and the provinces than any imperial woman had enjoyed since the first empress, Augustus' wife Livia. Indeed, Sabina is the first woman whose image features on a regular and continuous series of coins minted at Rome. She was the most travelled and visible empress to date. Hadrian also deified his wife upon her death.

In synthesizing the textual and massive material evidence for the empress, T. Corey Brennan traces the development of Sabina's partnership with her husband and shows the vital importance of the empress for Hadrian's own aspirations. Furthermore, the book argues that Hadrian meant for Sabina to play a key role in promoting the public character of his rule, and details how the emperor's exaltation of his wife served to enhance his own claims to divinity. Yet the sparse literary sources on Sabina instead put the worst light on the dynamics of her marriage.

Brennan fully explores the various, and overwhelmingly negative, notions this empress stirred up in historiography, from antiquity through the modern era; and against the material record proposes a new and nuanced understanding of her formal role. This biographical study sheds new light not just on its subject but also more widely on Hadrian-including the vexed question of that emperor's relationship with his apparent lover Antinoös-and indeed Rome's imperial women as a group.
S'identifier pour envoyer des commentaires.