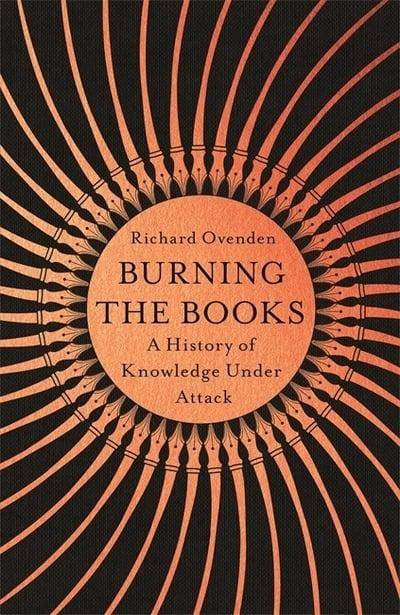 A History of Knowledge Under Attack

Non commercialisé sur notre site
Opening with the notorious bonfires of 'un-German' and Jewish literature in 1933 that offered such a clear signal of Nazi intentions, Burning the Books takes us on a 3000-year journey through the destruction of knowledge and the fight against all the odds to preserve it.

Richard Ovenden, director of the world-famous Bodleian Library, explains how attacks on libraries and archives have been a feature of history since ancient times but have increased in frequency and intensity during the modern era. Libraries are far more than stores of literature, through preserving the legal documents such as Magna Carta and records of citizenship, they also support the rule of law and the rights of citizens. Today, the knowledge they hold on behalf of society is under attack as never before. In this fascinating book, he explores everything from what really happened to the Great Library of Alexandria to the Windrush papers, from Donald Trump's deleting embarrassing tweets to John Murray's burning of Byron's memoirs in the name of censorship.

At once a powerful history of civilisation and a manifesto for the vital importance of physical libraries in our increasingly digital age, Burning the Books is also a very human story animated by an unlikely cast of adventurers, self-taught archaeologists, poets, freedom-fighters -- and, of course, librarians and the heroic lengths they will go to preserve and rescue knowledge, ensuring that civilisation survives. From the rediscovery of the Dead Sea Scrolls in the desert, hidden from the Romans and lost for almost 2000 years to the medieval manuscript that inspired William Morris, the knowledge of the past still has so many valuable lessons to teach us and we ignore it at our peril.
S'identifier pour envoyer des commentaires.